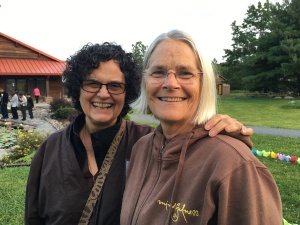 The Sangha in Charlottesville has been in existence for over 30 years.

Pam Perugi Marraccini inherited the leadership of Cloud Floating Free Sangha from our founder Kim Cary in 2003. She began practicing in this tradition in 1995 when she received the 5 Mindfulness Trainings and the dharma name True Aspirations of the Heart at an Omega Institute retreat with the Venerable Zen Master Thich Nhat Hanh. She was then ordained into the Order of Interbeing (OI) by the Venerable Thich Nhat Hanh on August 16, 2002, and was given the lineage name Deep Listening of the Heart and the new dharma name True Source of Peace (Chan An Nguyen). Her commitments to the OI include activities from teaching mindfulness individually as well as in groups, guiding the sangha meetings, and leading days of mindfulness to officiating weddings and mentoring OI aspirants. She has given her support to fledgling sanghas in neighboring cities. Pam nourishes her own practice by attending retreats with her regional dharma teachers Anh-Huong and Thu Ngyuen from the Mindfulness Practice Center of Fairfax and with her source teacher the Venerable Thich Nhat Hanh at either Plum Village, France, or Deer Park Monastery, CA, or Blue Cliff Monastery, NY.

Maggie Morris joined the sangha after having received the 5 Mindfulness Trainings from the Venerable Zen Master Thich Nhat Hanh at Blue Cliff Monastery on September 5, 2015, receiving the dharma name Lifegiving Sharing of the Heart. She then became an aspirant to the Order of Interbeing and was ordained into the Order of Interbeing (OI) at Blue Cliff Monastery on April 28, 2019, being given the new dharma name True Harmonious Earth (Chan Hoa Dia). Maggie has been assisting in organizing all the sangha activities and meets with sangha members individually. She creates many extracurricular activities to increase the fellowship of our community. She founded the Sunday Sangha which she leads each week. She is a greatly appreciated addition to the sangha’s leadership. 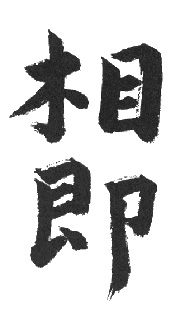 During this time of Social Distancing we are meeting online only until further notice.

Wednesday and Sunday Sanghas are now meeting online only at this time of Social Distancing. Please contact us at cloudfloatingfree@gmail.com for more information.

For Exact Locations and Directions Contact Pam at 434-825-0145 or Both Pam and Maggie at cloudfloatingfree@gmail.com with “SANGHA” in the subject line.

Mindfulness practice in the tradition of Thich Nhat Hanh, lead by Anh-Huong and Thu Nguyen www.mpcf.org

A Day of Mindfulness led by Pam Marraccini and Maggie Morris

Stillness Is The Foundation of Understanding

The Energy of Love